We Kick-Started 2017: Insights from 31 Days of Creativity

Kudos to everyone who joined us in January, with the goal of making something every day. We chatted with a few of the creatives who participated to learn from their experiences: Wolf (modern visual art in mixed media), Barbara (writing a novel that could be turned into a screenplay), and Benjamin (lego mosaics of iconic images). 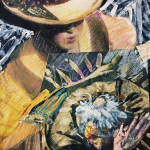 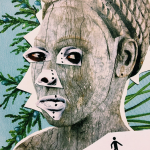 Lost in Now by Wolf 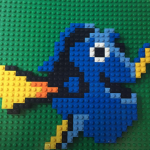 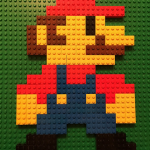 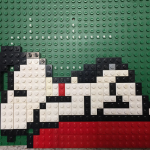 
Here’s a summary of the challenge’s goals and some wisdom we gleaned.

After experiencing the month-long challenge, our creatives are learning what is most beneficial and sustainable for them.

“It’s been really good to get my feelings out on a daily basis and see the product,” said Wolf. “I’m hoping to continue at this pace if possible, even after the challenge is over.”

For the rest of the year, Barbara plans to alternate a month of intense writing with a month off. This will help her stay productive at a sustainable pace.

They encourage us all to get creating as well. “Just put yourself in the studio and actually use the materials,” advised Wolf. “Sometimes it’s not easy to think about it. But address it on a daily basis. Keep momentum going.”

So, you’ve heard from our representative creatives how productive and enjoyable the challenge was for them. Why don’t you start your own creative habit now?

If you are interested in joining us, mark your schedule for next January when we’ll do it again.