Yesterday I saw my son brandish a sword while chasing down his brother, who was dressed up as a medieval prince. I could tell from the look in their eyes that this was not just a casual activity—they were fully engrossed. They sparred as if their lives depended on it. Their imaginations were all fired up, helping create an alternative universe complete with emotions, desires, and relational outcomes.

Nobody taught them this. They just do it. They are natural imagination masters.

Sometimes as adults we forget to use our imaginations. We load our bookshelves with textbooks instead of fairytales and bedtime stories. We fill our closets with button-down shirts and khakis instead of homemade costumes. And at work our imaginations can get buried under responsibilities, only resurfacing once in a while when it’s safe enough to suggest an unproven idea.

But what might be possible if we used imagination more often?

I like Sasson’s definition of imagination: “forming a mental image of something you can’t perceive with the five senses”. We all have this ability, which comes from our “mental workplace”, a neural network that coordinates multiple regions in the brain (study by Alex Schlegel). The brain has the amazing ability to abstract sensory experiences and manipulate them to form new images.

This is one of the core skills of creativity—seeing something that isn’t yet there. Imagination gives us the power to solve complex problems, visualize new realities, and find new ways forward in difficult situations.

So if you’re stuck in a tricky situation or need to have a clearer vision, exercising your imagination can be a powerful way to discover new solutions.

You don’t have to traipse through Candyland again to re-enter a world of pretend. Here are some ways to start setting your imagination free and see things from new perspectives: 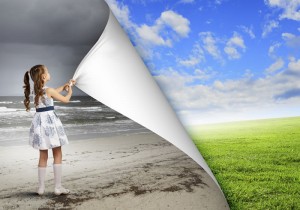 So let’s entertain those “What if’s” and harness the power of our imaginations! With a little guidance, you can turn aimless wanderings into purposeful wonderings that can set you on a new path.